Since ancient times the Bulgarian people have inhabited a land with a rich and diverse natural environment. This is why the connection with nature is an important trait of the Bulgarian national character. Holidays, folklore songs and tales, and even the names of Bulgarian children are inspired by nature and connected to it. The livelihood of our people is also inextricably bound with natural resources. Up until only a few decades ago we were completely dependent on the yield of the land. Even today, almost every Bulgarian home uses products collected from the wild. The use of herbs in these lands has thousand-year old traditions.

The attachment to medicinal plants is still intertwined in many traditions and customs of the Bulgarian people. The holiday calendar has a special day, devoted to herbs – Enyovden (24 June). It is thought that herbs possess the strongest healing powers precisely on this day, especially at sunrise. According to folklore beliefs 77 and a half ailments can be cured with herbs. There is a cure for all of them and only that half eludes herbal treatment. This is why 77 herbs are collected on Enyovden, and to cure that unknown malady, half of another plant is picked at random in the hope that it will turn out to have the necessary healing and magical powers. 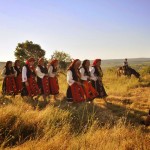 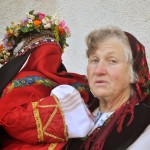 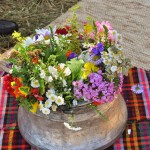 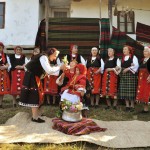 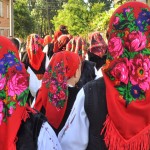 In newer times, Bulgaria has been made world-famous by its pharmacologists and healers. A renowned example is the discovery of Galantamine by the doctor-pharmacologist, Dimitar Paskov. Galantamine is an alkaloid, isolated from the bulbs of the Loddon Lily (Leucojum aestivum), which aids in the treatment of polio. Another equally famous example is the so called “Bulgarian Treatment” („curra bulgara“), created by the doctor Ivan Raev, on the basis of an alkaloid called atropine, extracted from Deadly nightshade (Atropa belladonna) and used in the treatment of Parkinson’s disease.

Today, hundreds of families in regions rich in medicinal plant habitats, who have no other means of livelihood, rely on the income generated by the collection, sale and bulk purchasing of herbs. Local communities keep the traditions and pass on the knowledge about herbs from generation to generation.

Bulgaria is one of the biggest exporters of medicinal plants in Europe and one of the first in the world. The maintenance of Bulgaria’s position on the global market for raw plant material, as well as the development of that aspect of the country’s economy, depend mainly on the availability of well-trained, knowledgeable people, who can collect herbs from the wild.

During the last two decades, the number of well-informed and skilled collectors has been declining continuously. The traditional occupations of local communities are gradually disappearing. Herb collection is dying out throughout most of the country, with the exception of northeast Bulgaria. Almost no efforts are made to train collectors. There is no information about their important mission in the public sphere. It is almost unknown, that their work requires a high level of knowledge, excellent practical skills, very hard work, resilience and consistency. Collectors constitute the beginning of the production chain, which creates important products for people’s health as well as for key economic sectors such as agriculture and the manufacturing of food and cosmetics, which are crucial to our survival.


Bulgaria is the biggest exporter of herbal raw materials in Europe and one of the biggest worldwide. Around 17 000 tons of herbs, which are worth around 25 million euro on the market are collected in Bulgaria. Some of the most frequently traded herbs are: flowers of linden, chamomile and hawthorn; coriander fruit, rose hips, blackberry fruit, mint leaves, hawthorn fruit, balm and nettle root.

90% of the herbs gathered in the country are exported in raw form. They are processed mainly in Germany, Spain, France and Italy. The herbs are exported from Bulgaria mainly in dry form. The drying adds only 4-5% value to the raw plant material. Any additional processing, even the most simple kind, adds up to 20-30% and end products have an added value of at least 70-80%.

The price of Bulgarian herbs is low – approximately 1 400 euro per ton. Countries with a highly developed processing industry sell herbs as consumer products and achieve a manyfold higher average price per ton: 4 950 euro in France, 7 700 euro in Switzerland and 20 810 dollars in Japan.

The Bulgarian people forego a large amount of funds and the creation of many jobs by exporting herbs in the form of raw materials, instead of processing them on the spot and reaping the benefits. There is an opportunity to greatly increase the income generated by medicinal plant resources through the development of cultivation and processing initiatives.

This type of exploitation can only be realized after the issuing of a permit and payment of a fee in the institution, responsible for the region, where the desired medicinal plant habitat is located. These institutions are: municipalities, forestry or game units, national park directorates or regional administrations.

FOR PERSONAL USE (in limited quantities)

According to the Medicinal Plants Act, “Herbs for personal use” are the following quantities, collected in fresh form, by one person, for one day:

The rules for collecting herbs are regulated in a special ordinance of the Medicinal Plants Act.

Upon violation of the legal requirements the institutions responsible impose fines and penalties.

The most crucial criterion in ensuring the collection of quality herbs is adequate knowledge about each medicinal plant species and their characteristic traits. It is also important to know what sort of habitat given plants are found in and what conditions they grow in – sunny or shady, dry or marshy, in woods or meadows, etc.

There are rare and endangered medicinal plant species, the collection of which is limited or prohibited by law. When a species, which closely resembles a rare or endangered one, is being collected, the differences between the two should be studied very thoroughly.

The best time for the collection of medicinal plants should be determined in accordance with the developmental phase of the given species. It should be taken into consideration which part of the plant accumulates the largest amount of active ingredients and when they are at their highest level. Premature or late collection leads to the squandering of resources, due to the low quality and potency of the herbs collected. Examples of such inadequately collected plant material are: faded flowers of linden, oregano or St. John’s wort; unripe rose hips or already opened poplar tree or pine buds, etc. With some plant species, even the time of day they are collected is important. For example, it has been established that Woolly Foxglove(Digitalis lanata) contains the highest amount of glycosides in the afternoon. These substances have a positive effect on the heart and make Wooly Foxglove a valuable medicinal plant. Another example are the flowers of the Rosa damascena and other essential oil-yielding roses, which must be picked in the morning, before 10 am.

Herbs are picked only in dry weather, preferably when it is sunny, after the morning dew has dried. They should not be collected while it is raining or directly after rainfall, because some of them, such as lime, mint and nettle, blacken when dried. The exception are herbs, which will be used fresh, without drying.

The damaging of habitats due to collection cannot be allowed.

Only the usable parts of medicinal plants like stalks, leaves, flowers, etc. are collected. The flowers, fruit and seeds are collected without harming the other parts of the plant. For example, when collecting linden flowers, large branches should not be cut. Instead only the small end branches or shoots should be pruned or, better yet, only the flowers should be picked. When collecting epigeal (overground) parts of the plant it is forbidden to uproot the entire plant or cut its stem. It is unacceptable to uproot whole plants and then cut parts of them off for further use. Such detrimental practices are applied to species such as St. John’s wort, oregano, yarrow and thyme. This leads to a decrease in numbers and to the destruction of habitats.

Herb collection must be performed exclusively in regions with dense populations, where medicinal plants can more easily recover after picking. The collection of individual or scattered specimens should be avoided. When collecting wild species, the whole population must not be destroyed. Instead, at least one third of the best specimens should be left behind in order to ensure natural seed reproduction and the recovery of the population. This is especially important when roots or other underground parts of the plants are collected. When ripe fruit and seeds are present, they should be scattered in order to aid reproduction.

The same populations should not be used yearly; instead new ones should be sought out and alternated with the familiar ones in order to give them a chance to recuperate. A subsequent collection from a given habitat should happen only after the population has recovered.

One must not forget that the herbs collected will be used for the production of medicine or other consumer products. Only healthy and clean plants, which have no parasites, should be picked. Parts of young, underdeveloped or damaged plants should not be collected.

Collectors must keep good personal hygiene. Individuals suffering from acute infectious diseases, with open wounds or skin infections are not allowed to collect herbs. The gathering is performed with clean hands and tools with no rust on their blades. The vessels where the herbs are stored should also be clean. It is important to use the appropriate clothing, gloves and face masks when picking poisonous, strong-acting or allergenic herbs.

The collected herbs should be protected from contamination with soil, sand, pebbles, feathers, straw, etc., and must not be processed with pesticides.

Herbs are to be collected far from busy roads, industrial zones or other pollutants. Those growing within city limits are exposed to pollution and, as well as losing their medicinal properties, accumulate toxic substances.

Every herb collection outing should focus on a single species. The mixing of different ones is not only undesirable, but can also be dangerous. This is especially relevant in the case of poisonous and aromatic plants.

One should neither eat, nor touch one’s eyes, nose or mouth when picking poisonous herbs. Hands should be washed thoroughly before eating. Pregnant and nursing women and children must abstain from picking poisonous, strong-acting or allergenic herbs altogether.

Fresh herbs, especially leaves, flowers, juicy fruit, etc. are placed in baskets, hampers, boxes or other hard vessels, without being pushed down, crushed or tightly packed, in order to avoid bruising, damaging or spoiling from the heat.

It is not recommended to place fresh herbs in bags, packs or nylon bags, because they heat up and are quickly ruined.

The vessels used in herb collection should be kept clean and stored in places inaccessible to livestock, rodents or birds.

The vehicles used for transporting fresh herbs should be kept clean, dry and covered.

The collected material must by no means be left in a heap. It should be cleaned from spoiled parts, other plants, mineral and organic matter and dried immediately. If there are insufficient racks or rooms available for drying, the herbs must be taken out of the vessels and temporarily spread out in a clean, dry place, over clean covers, without access of insects, rodents or livestock.